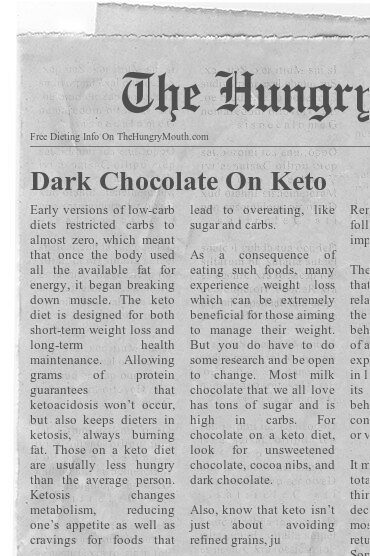 Most milk chocolate that we all love has tons of sugar and is high in carbs. For chocolate on a keto diet, look for unsweetened chocolate, cocoa nibs, and dark chocolate.